While the 2020 presidential election is far from finished, the same cannot be said about the races for House seats.

Democrats lost several seats in the lower congressional chamber and nearly lost their majority. As things currently stand, House Democrats are holding onto their majority by a very slim hair; meanwhile, the Republican minority has grown and become significantly more powerful, especially as moderate Democrats grow leery of Pelosi. 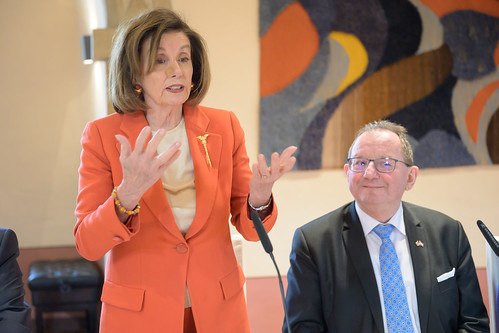 One might question if these events would cause Pelosi to reconsider certain things, namely her style of leadership in the House. Thus far, that has yet to happen. In fact, the House Speaker dug her heels in yesterday, claiming that the changes in the House haven’t fazed her at all, according to Breitbart News.

Pelosi on the House of Representatives

On Friday, the California Democrat held a press conference, taking a series of questions from the media after sharing remarks.

One of the questions to arise inevitably involved Democrats’ loss of House seats. A reporter asked Pelosi about whether or not the shift in the House would prompt her to “compromise” and reconsider what bills Democrats bring to the floor.

Of course, the House Speaker answered with a resounding no. Pelosi professed that diversity and unity are the strength and power of the congressional body. She then declared that Democrats have a president, hence the opportunity for their legislation to get signed into law.

Tune in as I hold my weekly press conference at the U.S. Capitol. https://t.co/MbyGBmI6iO

The above statement is based on the inference that Joe Biden will become president of the United States. Thus far, the 2020 presidential election remains still ongoing and deeply contested.

After boasting that Democrats won’t need to change anything, Pelosi claimed that a reduction of their majority “won’t have that much effect.” The House Speaker then claimed that Democrats will focus their energies towards infrastructure creation, the workforce, schools, etc.

A Shift in the Lower Congressional Body

Yesterday, Speaker Pelosi doubled-down on pursuing her partisan wishlist instead of commonsense legislation to fight COVID and help American families and workers.

Democrats have prioritized their far-left agenda at every turn. pic.twitter.com/XGcPKGKP2s

Time will tell whether or not Pelosi’s refusal to work across the aisle will backfire on her. House Republican Kevin McCarthy has already opined that Pelosi does not have the necessary votes to retain another term as House Speaker. If this turns out to be true, Pelosi’s leadership during her ongoing term will certainly be a factor in her loss.

What do you think about Pelosi’s attitude towards compromise and changes in the House of Representatives? Be sure to let us know your thoughts in the comments section below!