The partisan dispute regarding the future of the United States Supreme Court remains ongoing.

Democrats are in a place of great fear and desperation over the prospect of a conservative justice filling the seat of the deceased Ruth Bader Ginsberg.

The left claims that it’s only right for Republicans to wait for a new president to arrive in the Oval Office before filling the late justice’s seat; nonetheless, the GOP is swiftly moving forward to get a conservative justice to occupy the vacancy. 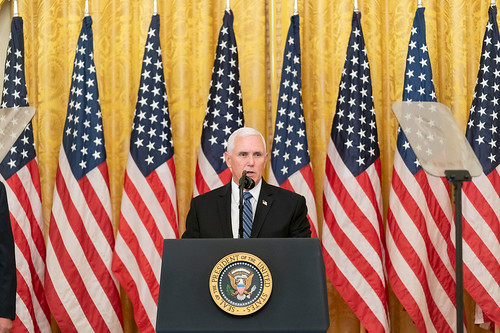 Democrats, particularly House Speaker Nancy Pelosi, have indicated that they may consider impeaching President Trump (again) as a means of delaying the nomination of a SCOTUS pick; however, Fox News reports that if Pelosi does go down this route, severe blowback will follow.

McCarthy explained that Democrats are not the only ones with “arrows in [their] quiver”; likewise, the California Republican warned that if Pelosi moves to impeach Trump, he will personally submit a motion to remove her from the position of House Speaker.

If Nancy Pelosi tries to impeach President Trump for appointing a Supreme Court Justice—as the Constitution requires him to do—we will take steps to remove her as Speaker. pic.twitter.com/NIJMgcBbii

The House Minority Leader then spoke about the process of filling the empty seat on the Supreme Court. McCarthy’s explanation that President Trump should and will move ahead arrived before noting that the Senate is also going to follow through on “their constitutional right.”

Who Will President Trump Nominate?

This Saturday, the nation shall learn which person President Trump will nominate to fill the seat of the deceased Justice Ginsberg. Trump has already informed the public that his pick will be a conservative woman who is more than equipped to serve on the Supreme Court and uphold conservative values.

Democrats and left-wing activists continue to spew hatred and rage upon realizing that the GOP won’t be bullied out of moving to fill the now-empty seat on the Supreme Court.

President @realDonaldTrump: “We have an obligation to the voters, all of the people, the millions of people that put us here” to fill vacancies on the Supreme Court pic.twitter.com/jozKhCdY49

Earlier this week, a woman on the U.S.-Canada border was taken into police custody for allegedly mailing the poison known as ricin to President Trump one day after Ginsberg’s passing; thankfully, the proper authorities learned what was in the envelope before it arrived to the president. Leftists are moreover responsible for threats to burn down Congress and execute the Senate Majority Leader.

Do you think Nancy Pelosi will try to impeach President Trump to stall his nominee selection for the SCOTUS? Let us know down below in the comments section.

Failed Leadership in New York Comes Up During Final Debate