Reactions to coronavirus have shuttered our nation’s economy, placed 22 million people out of jobs, and prompted ongoing protests across the country.

Last week, the White House announced a plan to begin reopening the United States. This plan will occur in phases; the purpose here is to reopen the economy and get Americans back to work without prompting a surge in new COVID-19 cases. 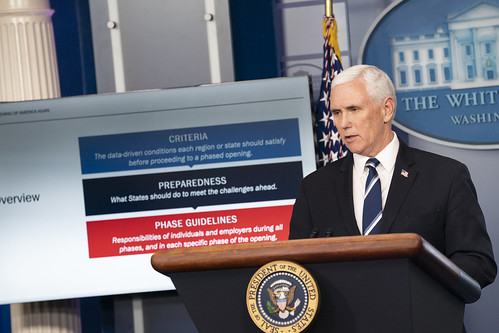 During an interview with Fox News on Sunday, Vice President Mike Pence provided additional insight on the White House’s plan to reopen America. Furthermore, the vice president noted that further access to coronavirus testing is on the way.

The vice president said that all of America will be able to enter phase one of reopening after setting up “all of the labs that can do coronavirus testing.”

Pence then explained that 150,000 COVID-19 tests per day are happening to determine who has coronavirus. News about increased amounts of testing and plans to reopen come as more Americans take to the streets in protest; put simply, people are tired of government telling them that the jobs which pay their bills are supposedly “non-essential.”

On FOX News Sunday: Chris Wallace asks @Mike_Pence if America needs more tests to open up the country. Mike Pence says the U.S. is conducting 150,000 tests a day: “we think we can double that number.” #FNS pic.twitter.com/pHRJJdpJqG

Later in the interview, the vice president also discussed the work that President Trump is doing. Pence explained that Trump will keep working with governors across the nation on testing and getting the country running again.

Shortly thereafter, the vice president noted that congressional Republicans and Democrats are seeking to reach an agreement on more funding for the Payment Protection Program.

Reopening the United States of America

As the government works on increasing access to testing, gathering new funds for the Payment Protection Program, etc., Americans are taking to the streets and protesting to get the country open again. 22 million people in this country are without work; this pattern of a mounting amount of jobless Americans with no end in sight cannot continue. 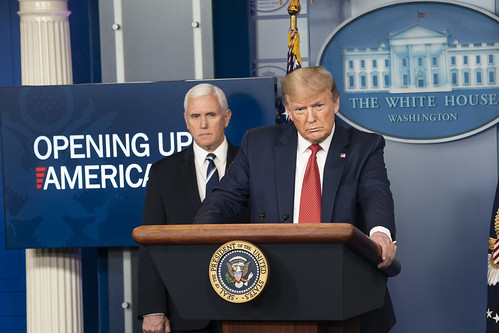 The numbers of COVID-19 simply don’t justify ruining this country and destroying people’s businesses and employment prospects. More Americans in North Carolina, Georgia, and other parts of the country will protest this week.

What did you think about Vice President Mike Pence’s statements on increasing access to testing and reopening the country’s economy? Let us know in the comments section below!