As various political battles rage on, the Republican Party is wasting zero time.

Many GOP governors have made moves to relax certain coronavirus restrictions and get their state’s economies going again. Republicans in Congress also continue working on legislation to support police, restore jobs, and ensure that President Trump secures four more years in office. 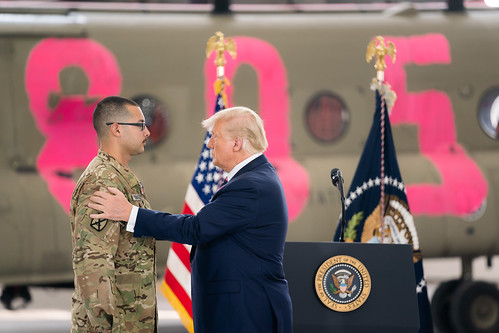 “President Trump in California” (Public Domain) by The White House

In keeping up with typical political dynamics, Republicans and Democrats remain at tense odds with one another. The GOP has repeatedly gone after their left-wing counterparts for refusing to condemn violent riots; Democrats later changed their tune on silently supporting riots after taking various hits in the polls.

What to Know About the GOP’s Fundraising in August

While Democrats focus on defunding the police, killing jobs, and increasing taxes, Republicans are fighting for precisely the opposite.

The $67.6 million raised by the Republican Party last month is a significant milestone; it even surpasses the funds that the GOP previously garnered over August in 2019, 2018, 2017, and 2016…combined!

HUGE enthusiasm for President Trump and Republicans all across the state‼️@TrumpWomensTour stormed Florida this week and this state is ready to stay red in November 🇺🇸 #LeadRight pic.twitter.com/Wi9rARoADT

Republicans have stated in no uncertain terms where the money raised will go. According to Ronna McDaniel, chairwoman of the RNC, Republicans will use the money to get and keep President Trump and other conservatives in office.

The National Rifle Association also joins the Republican Party in raising a record amount of money in August 2020. Some Americans have suggested that surges in gun sales and NRA support are due to riot outbreaks in various leftist-controlled cities.

Fundraising for the Trump 2020 Campaign

Like the Republican Party, President Trump’s re-election campaign is also raising money and putting in the work to secure four more years.

Last week, Ivanka Trump spent time in Florida, North Carolina, and Texas; during these visits, the first daughter attended various fundrasiers and wound up raking in over $7 million dollars for the Trump campaign.

President @realDonaldTrump on the Fake News: “It’s gotten to a point where they’re stone-cold dishonest," but enthusiasm for my campaign is still at a record high pic.twitter.com/NVPSIpg83u

President Trump is also doing his part by regularly engaging with the media and traveling across America to connect with voters. As Democrats pan Trump for rallying with supporters, they also remain torn on when to let Biden leave his basement.

Next week, Trump and Biden will square off in Ohio for the very first general election debate of 2020.

Are you shocked about the record amount of funds raised by the Republican Party last month? Let us know down below in the comments section.