Getting the economy up-and-running again is still very much a matter that is far from over.

Reports of new coronavirus cases have somewhat thrown a wrench in plans for economic re-engagement. Health “experts” are already calling for more shutdowns; meanwhile, certain mayors and governors across the nation are either rolling back their reopening plans or going back to shutdowns altogether. 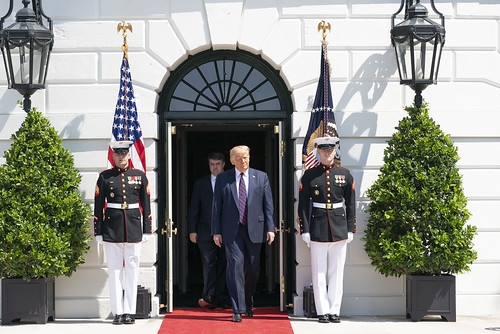 Right now, many Americans are gravely lacking in financial health and stability.

For this reason, some Republicans in Washington are mulling over the prospect of yet another round of COVID-19 aid; however, GOP senators remain at odds about the specific nature of aid or whether more of it should even be provided, reports Washington Examiner.

The Clash within the Republican Party

Not all Republican senators are on board with yet another round of government aid. Sens. Josh Hawley, Rand Paul, and Ron Johnson have criticized the idea of more government spending.

Weeks ago, Paul spoke with reporters and stated that more emergency funding for COVID-19 simply did not exist. Fiscal conservatives in Washingon continue to remain outspoken about the perils of government ceaselessly spending and doling out money.

The entire Democrat party has turned its back on the safety and security of the American people.

You can see the grizzly results on TV day in and day out.

We’re seeing in real time the impact of their calls to defund the police. pic.twitter.com/d5zhrRqWqA

However, other Republicans in the Senate do favor another round of payments. The conservative argument states that extra spending will be worth keeping small businesses alive, getting schools reopened across the nation, etc.

Democrats in Congress are using the divide between Republicans in the hopes of getting their way. While speaking with the press, Senate Minority Leader Chuck Schumer slammed that the clash within the GOP will ultimately allow Democrats to “get much of what [they] want.”

As matters currently stand, GOP senators have a ways to go before officially breaking the gridlock and reaching common ground.

During remarks to reporters, Senate Majority Leader Mitch McConnell claimed that Republicans are collectively “all over the lot” regarding whether or not to move forward with more COVID-19 aid.

Our Democratic colleagues want to pretend it is controversial that taxpayers should not pay people more not to work than the people who do go back to work. The American people don’t call that a controversy. They call that common sense. They call that basic fairness. https://t.co/8N7s4ySlV4

McConnell additionally informed that the GOP is in the middle of talks and negotiations with Democrats. In doing so, the Senate Majority Leader also noted the importance of Republicans being on the same page, especially as they engage in spending conversations with their Democrat colleagues.

What do you think about the government doling out even more payments to Americans? Will Republicans manage to get on the same page? Share your thoughts with us down below in the comments section.

Florida No Longer Under Coronavirus Restrictions

Democrats Back off of Impeachment 2.0 Talk