The aftereffects of the Republican National Convention are still very much at play. Analytics comparing the GOP convention to the Democrats’ convention show some very clear differences.

For starters, more Americans tuned into President Trump’s nomination acceptance speech than they did Joe Biden’s. Secondly, while the Democratic National Convention is being branded as an “‘I Hate America’ Zoom call,” many Americans are conversely calling the Republican National Convention patriotic. 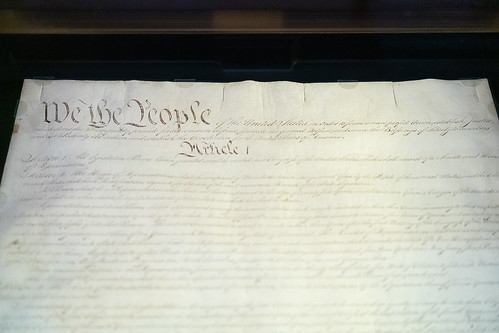 New information shows that the GOP National Convention is having more impacts on the 2020 presidential election than some people might have anticipated.

In fact, Washington Examiner confirms that minority approval of the president’s job in office surged during the Republican National Convention.

What to Know About New Approval Surges for President Trump

….His problem is interesting. He must always be weak on CRIME because of the Bernie Sanders Radical Left voter. If he loses them, like Crooked Hillary did, he is “toast”, and many will vote for me because of TRADE (Bernie was good on trade). Joe MUST always be weak on crime!

During the GOP National Convention, conservative speakers talked about the various ways that the Trump administration has benefited minorities. A few of several examples include the creation of new jobs, lowered taxes, active steps in favor of criminal justice reform, etc.

Democrats, by contrast, spent much of their convention branding the United States as inherently and systemically racist.

Increases in black and Hispanic support for President Trump align with a new trend in general election polls.

Overall, Biden’s reported lead of Trump in the polls is lessening. This interestingly coincides with the GOP National Convention, along with the president getting out and about to campaign in different parts of the nation.

Rushing him out of basement after seeing some very disturbing numbers. Don’t worry, he’ll go back to basement soon! https://t.co/CEMq5xowQt

Meanwhile, Joe Biden and Kamala Harris are taking very different approaches to the 2020 campaign cycle. The former vice president continues to give occasional interviews from his basement; meanwhile, there are reports that Biden and Harris are planning to adopt a strictly virtual method of campaigning.

Another notable factor in declining poll numbers for Biden is the Democrats’ repeated calls for him to cancel his plans to debate Trump.

What do you think about the increase in minority approval for President Trump’s job in the Oval Office? Do you think national election polls will continue to shift away from Joe Biden? Let us know in the comments section below!