Sanders Lashes Out at Reporter: “Stay Away!”

For quite some time, Joe Biden has been the presidential candidate to make headlines for his poor treatment of voters and press on the campaign trail. After all, the former vice president is the one with the tendency to name-call, get in voters’ faces, and challenge them to push-up contests when he’s not getting his way.

For awhile, this hurt Biden; although, once the DNC interceded on his behalf and started pulling strings to help his campaign, the game changed quite a bit. 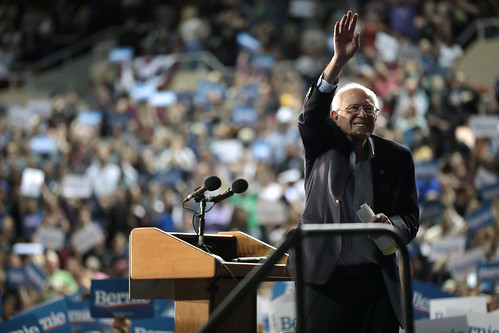 Now, it turns out that Bernie Sanders is the latest presidential candidate to land in hot water over his bad temper. Breitbart News reports the socialist’s rudeness to a reporter this past Sunday; apparently, the failing Democrat candidate ordered the woman to “stay away” from him in the wake of COVID-19.

A Closer Look at Sunday’s Incident

Over the weekend, Sanders sat down with far-left Reps. Rashida Tlaib, Alexandria Ocasio-Cortez, and Ilhan Omar in order to discuss coronavirus and steps to shield Americans from its economic fallout. Ironically, however, the 2020 socialist candidate didn’t even show up to Washington to vote in Congress on a COVID-19 economic relief package.

"Right now the most important thing that anybody can do, and that the progressive movement can do, is to make sure that working people get the protection that they need. I'm going to use every tool that I have to make sure that that happened.”

When questioned by a CNN reporter about his absence, Sanders became irritatable and refused to provide a direct answer. Instead, he snapped that there are “CDC guidelines” and asked the reporter to “get away” from him and adhere to the aforementioned guidelines.

Shortly thereafter, Sanders went off on a tangent about “the progressive movement” and the “protection” of the American people.

A Pattern of Ill Tempers

At this time, Democrat voters have two options — Joe Biden and Bernie Sanders — or at least the illusion of two options. Quite frankly, the fix is in for Biden and it appears the Vermont senator is aware of this. It explains why Sanders is dropping the facade and not hesitating to lash out when he feels like it. 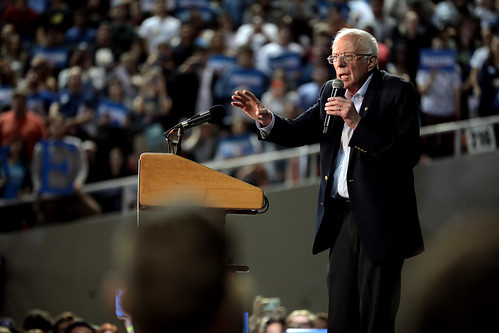 2020 marks yet another unsuccessful presidential run for Bernie Sanders. Although Sanders is still officially a presidential candidate, it’s only a matter of time before he drops out of the race and endorses Biden.

What do you think about Bernie Sanders’ behavior over the weekend? Is it a sign that he knows his candidacy is finished? Sound off with your thoughts in the comments section below!