Sanders to Dem Establishment: You Need Voters Who “Represent” America!

Yesterday, socialist and 2020 Democrat Bernie Sanders sent a message to the Democrat establishment.

Sanders has once again found himself on the end of a control tussle with the leftist powers-that-be. Put simply, establishment members who do not want the socialist to be their nominee are once again working behind the scenes to rig the primary election against him. This happened four years ago in 2016 and it’s occurring yet again for all to see. 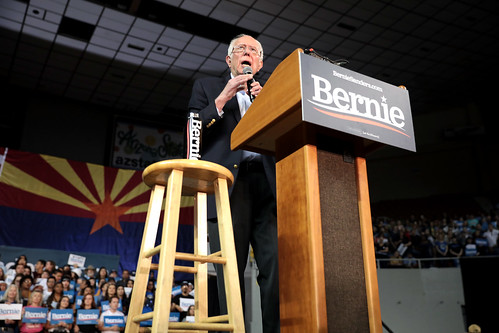 In essence, the socialist informed the DNC that he isn’t giving up his candidacy, as reported by Breitbart News. Sanders’ message to the Democrat establishment comes after a horrible turnout for his campaign throughout the latest primary elections.

Why is Sanders Still Seeking the Nomination?

Biden won multiple state elections, both on the 10th and on Super Tuesday one week prior. The former vice president also managed to snag the endorsements of at least seven former 2020 Democrats; these Democrats are Pete Buttigieg, Mike Bloomberg, Amy Klobuchar, Beto O’Rourke, Kamala Harris, Cory Booker, and Andrew Yang. Many of these endorsements occurred back-to-back and shortly before the elections on the 3rd and the 10th.

Despite this reality, Sanders claims that he’s still running for president because he believes to be winning the “generational debate.” Per the socialist’s claim, Americans spanning from their 20s to 40s are backing his campaign; Sanders spoke about his determination to remain in the race on Wednesday and from Vermont.

When addressing the Democrat establishment, the socialist candidate admonished the group. Stating that the establishment cannot win without “the voters who represent the future of our country,” Sanders touted his campaign as one that can gain support from younger voters.

Finally, Sanders wrapped up his speech by declaring himself as the victor of 2020’s “ideological debate” and noting his anticipation of debating Biden in Arizona on Sunday.

Sanders doesn’t seem to clearly understand the objectives of the Democrat establishment. This is more than evident from the remarks he shared yesterday; although, one might think he’d catch onto what’s happening to him for now a second time in a row. 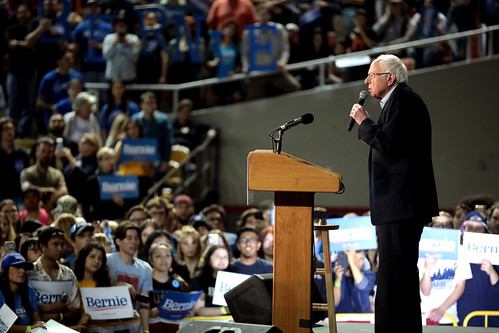 The DNC doesn’t care about truly winning over voters. They care about maintaining power and selecting a candidate who is malleable, beholden to them, and easy to control. Biden, with all his verbal blunders and mistakes, is the perfect puppet. This is why the DNC continues to intercede on his behalf with no plans of stopping.

What do you think about Bernie Sanders’ latest message to the Democrat establishment? Do you believe he truly understands the playing field that he’s on? Let us know your thoughts in the comments section below!