Over the course of this summer, Democrats have taken it upon themselves to call for the defunding of the police.

Despite a lack of supporting facts, findings, or evidence, the left asserts that police officers are plagued with racism.

The notion of law enforcement being uniquely and systemically prejudiced against non-white Americans simply is not rooted in reality; nevertheless, various cities across the nation have already announced plans to defund their own local police departments. 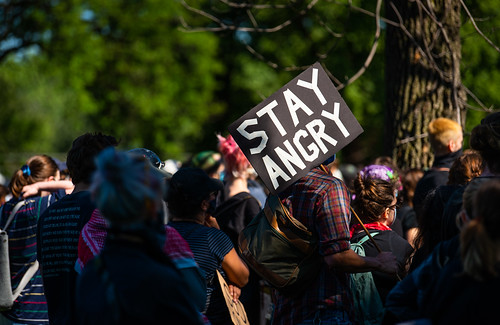 Seattle, Washington is taking things one step further, however. Defunding the police is not enough for the Democrat-run city; instead, Seattle is looking to completely abolish their local police department, confirms Townhall.

Seattle is one of several cities across the nation that continues to struggle with crime and violence. Despite how Mayor Jenny Durkan has tried to portray matters, violence has become such an issue in the city that President Trump sent in federal troops to restore law and order.

Now, some Americans might assume that upticks in crime would encourage Seattle leaders to work with law enforcement in their community. However, this is simply not the case. Seattle believes that police officers are perpetrators of “white supremacy” along with “racism.”

In the proposed legislation, the council argues that the Seattle Police Department "[perpetuates] racism and violence" and upholds "white supremacy culture." pic.twitter.com/fYuHtyYWTG

This is why the city has proposed replacing the Seattle Police Department with a ” Department of Community Safety & Violence Prevention.” If Seattle gets its way, this “department” will be operated and headed by civilians within the community.

The Dangers of Abolishing Police

Defunding and abolishing law enforcement poses significant dangers to the health and wellbeing of the most vulnerable. This is a reality that conservatives, Republicans, Trump supporters and others continue to point out.

Abolishing the Seattle Police Department will only further embolden criminals in the city who already feel comfortable with committing various atrocities and targeting innocents. Objectively, a “Department of Community Safety & Violence Prevention” is not a suitable substitute for law and order or true policing, both of which keep communities safe.

The @CityofSeattle, @KingCountyWA & @UWMedicine are now offering free #COVID19 testing in 2 sites across #Seattle. Testing is available regardless of your citizenship/immigration status. But, you must first register online or over the phone. https://t.co/G4NO0NmAZy pic.twitter.com/pqlnFAkOPm

Time will tell whether or not the Seattle Police Department is truly abolished. However, if the city does succeed in ridding themselves of the police, prior reports of local crime and destruction may only be the tip of the iceberg.

Do you believe that Seattle should abolish their police department? What consequences do you think will come from this decision? Let us know in the comments section below!