At this present time, the Democrat Party is doing all it can to ensure that Joe Biden defeats President Trump in November.

In order to make this happen, Democrats are working on bridging the gap between progressives and moderates in their party. Now, in layman’s terms, this means that Biden is moving further to the left in his policies, while still working to maintain the illusion that he’s a moderate Democrat. 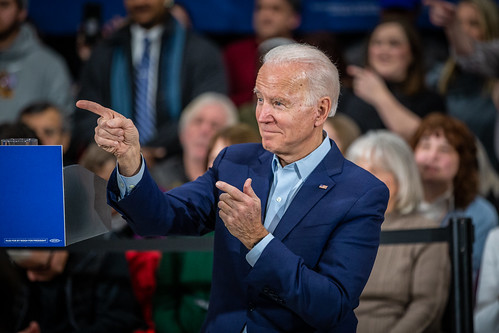 To date, extremely far-leftists such as Bernie Sanders, Alexandria Ocasio-Cortez, and others are having real impacts on the policies put forth by the Biden campaign, according to Washington Examiner.

Right now, socialists’ strongest hooks in Biden come via the Biden-Sanders Unity Task Force policy proposals. Just some of the proposals put forth in this plan include ending cash bail, support for Medicare-for-All, and more.

The arrival of the Biden-Sanders Unity Task Force plan arrives amid conservative warnings than Biden is merely a layover candidate for radical socialism.

No one should have to work more than one job to make ends meet. We have to raise the minimum wage to $15 an hour and build an inclusive middle class that brings everyone along.

The former vice president is uniting with the socialist wing of his party for political reasons. Despite the political advantages of branding himself as a moderate Democrat, uniting with the far-left increases Biden’s likelihood of winning over Sanders voters and the Democrat Party’s more progressive wing.

It’s also important to note that the policies and formation of the Biden-Sanders Unity Task Force have meticulously happened away from the general public.

A Socialist in Moderate’s Clothing?

For months now, Republicans have predicted the events currently playing out within the Democrat Party and with Joe Biden.

Amid the rising support for socialism on the left, conservatives pointed out that Biden wouldn’t be able to run policies that truly align with those of a moderate Democrat. Additionally, Republicans maintain that Biden’s mental state and instances of cognitive decline make him the perfect puppet for socialists to run in 2020.

To kick off the final stretch, we’re hosting a #CelebrationForChange! It will be a night filled with music, comedy, special guests, and so much more.

In the event that Biden somehow won the 2020 election, he would serve as an “autopen” president, explained Vice President Mike Pence, while the real people in charge moved and determined policies behind the scenes.

As the 2020 presidential election continues, Americans should gear up for more socialist proposals and talking points from the former vice president.

What do you think about the rise of socialism within the Democrat Party? Are you surprised to see Joe Biden moving further and further to the left? Let us know down below in the comments section.