At this point in the 2020 primary election, Democrat frontrunner Joe Biden is all but confirmed to win his party’s nomination. With one remaining competitor in Bernie Sanders, the former vice president is way ahead in delegate count; furthermore, the Democrat establishment is working behind the scenes in favor of Biden and against Sanders.

This dichotomy parallels the 2016 election when the DNC colluded to ensure that Hillary Clinton won the Democrat nomination against Sanders. 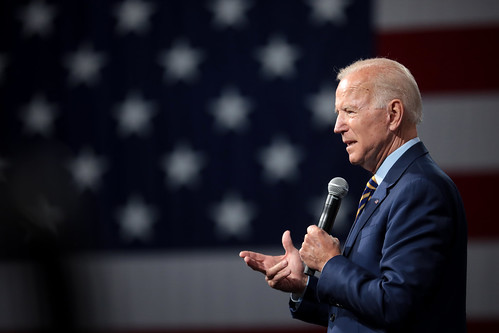 Joe Biden has already committed to selecting a female running mate, in the event of becoming the Democrat nominee. This has prompted speculations about which female Democrat Biden will select; however one leftist in particular claims that she’s “very honored” to be considered as a potential Biden pick.

That leftist is none other than failed Georgia gubernatorial candidate Stacey Abrams, as documented by Breitbart News.

During yesterday’s broadcast of MSNBC Live, Abrams expressed elation over the prospect of Biden selecting her as his running mate. Infamous for her loss to current Georgia Governor Brian Kemp, Abrams maintained that while she hasn’t spoken with Biden, she’d be “happy to serve.”

My running mate will be a woman. #DemDebate

Apparently, Abrams also decided that MSNBC Live was a time to highlight what she views as factors that qualify her as an “excellent leader.” She not only touted her “international work,” but also alleged that she brings “experience” to the public, private, and non-profit sectors. Before talking about her background as a “Democratic leader” in Georgia, Abrams made sure to note her dedication to serving our nation with “common sense.”

Why Biden Really Committed to Selecting a Female Running Mate

When Biden vowed to select a female running mate, many leftists across America oohed and ahhed. What they failed to realize is that such a promise is merely a political strategy. Selecting a female running mate is a move designed to help Biden win over more female voters and attack Trump as sexist. 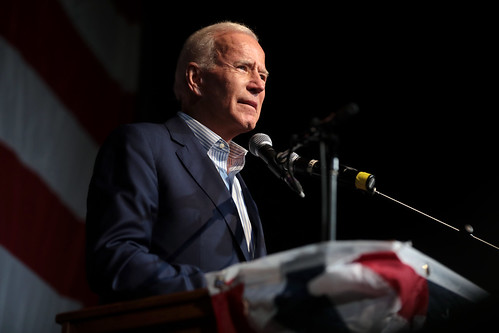 This is not to say that a woman can’t or shouldn’t be vice president or even president, one day. However, to act as if Biden is only selecting a female running mate out of his love and care for women is naive. After all, the former vice president still faces a new sexual assault allegation from Tara Reade, a woman who worked as his Senate staffer back in 1993.

Stacey Abrams didn’t have much to say about that while fawning over the prospect of being Biden’s vice-presidential candidate.

Do you think Joe Biden will select Stacey Abrams as his running mate if he becomes the Democrat nominee? Let us know in the comments section below!