Since President Trump’s time as commander-in-chief, lowering taxes has served as one of his greatest accomplishments. Thanks to the president, Americans are able to keep more money in their pocket, as opposed to doling it out to the government.

Democrats, however, aim to change this and they’re not even trying to hide their plan. Letting Americans keep more of the money they earn doesn’t bode well for the socialist agenda the left aims to foist upon the nation; this is why Democrats dishonestly, yet regularly, assert that the president’s tax reductions have only benefited the wealthy. 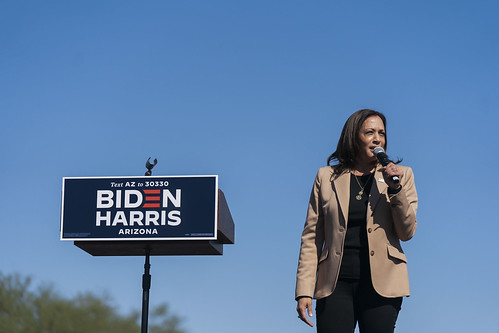 Yesterday, Democrat vice-presidential nominee Kamala Harris traveled to Texas in order to campaign on Joe Biden’s behalf. During her period in the Lone Star State, Harris professed that she and Biden are working to “get rid of that tax cut,” per Breitbart News.

Nevertheless, Harris explained, in very clear terms, that she and Biden are going to eliminate this. Now, Biden and Harris have both claimed that if they get into the White House, Americans earning less than $400,000 will not see their taxes increase; however, this claim is a lie.

"Joe Biden and I are about to work to get rid of that tax cut," Kamala Harris tells Hispanic Americans. pic.twitter.com/BT9sTqsDfK

The elimination of the Tax Cuts and Jobs Act would automatically raise taxes for millions of U.S. families earning less than $400,000 annually. It would reduce deductions for working families by nearly 50%; Harris, though, declined to mention this while talking about how eager the Democrat ticket is to remove the president’s tax cuts.

A Vote on the Economy

The 2020 presidential election is precisely in three days. President Trump has warned that economic growth, job creation, and keeping the country open are each on the ballot. These measures, along with many others, are ones that both Trump and Vice President Mike Pence have vowed to keep alive.

Joe Biden and Kamala Harris, on the other hand, have every intention of doing the precise opposite. Biden himself admitted that he’d “shut it down” if he won the presidency; the former vice president is also on record vowing to force nationwide mask mandates and require Americans to receive the coronavirus vaccine.

What do you think about Kamala Harris openly admitting that Democrats want to raise Americans’ taxes? Let us know your stance in the comments section below!