Since November 3, there’s been a rush on the ends of the media and Democrats to assert that Joe Biden has won this race.

As most Americans know, the signs began to materialize on Tuesday night. Election officials and their media partners-in-crime waited an eternity to call certain states (like Florida) for the president; this took place even while Trump carried a substantial lead with over 94% already counted. 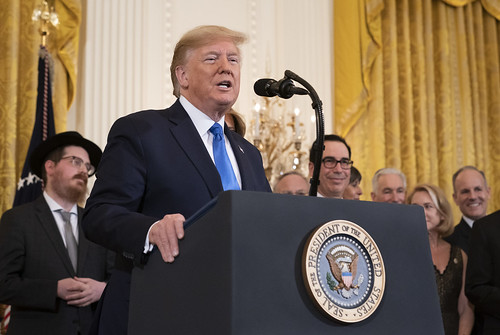 Yesterday morning, the media did the same thing with Pennsylvania. They called the state for Biden, hence declaring him the winner of this year’s presidential race. It didn’t matter that Pennsylvania is still counting and under court orders to separate certain ballots; it also didn’t matter that other states continue to recount and process votes.

Nevertheless, at the end of the day, the mainstream media does not dictate the outcome of America’s presidential elections. This is something that the Trump campaign mentioned in a statement responding to the very early assertion of Biden’s victory, confirms Washington Examiner.

Team Trump on the 2020 Presidential Election

The Trump campaign slammed Biden for “falsely [posing] as the winner” of the election, along with his “media allies” who rushed to make this call.

After noting that several states remain “highly contested” amid numerous reports of voter fraud and more, the Trump campaign stated that “legal votes,” rather than media outlets, determine the outcomes of presidential elections.

The Trump re-election campaign’s statement then went on to note that they will take things up in the courts beginning tomorrow. For days now, Trump’s campaign aides and attorneys have reported several shady and illegal practices that undermine the integrity of elections.

Conservatives and Trump supporters across the nation are now rallying behind the Trump campaign and vowing to continue backing the president in this fight.

Right now, the likelihood of the Supreme Court deciding how this election shakes out appears stronger than ever. Multiple prominent conservatives have already stated that SCOTUS will oversee the election — and eventually overturn the illegitimate Biden win.

There once was a man named Al Gore. Who thought that the votes he had more.

They counted the ways, and in 36 days, the Supreme Court threw him out the door.

There also was a man named Biden. Who also thought he had more.

Talk of the Supreme Court’s Bush vs. Gore case in 2000 quickly made the rounds on social media. Right-wingers compared Biden to Gore, stating that Gore also thought he won the presidency for a time. Conservatives then noted how the media threw its support behind Gore until the Supreme Court made the ultimate ruling.

Do you think the media acted in haste when calling the presidential election for Joe Biden? Will the Trump campaign succeed in court? Let us know your thoughts in the comments section below!