As 2020 proceeds, Texas continues to retain a spot under the national microscope.

Texas Governor Greg Abbott, a Republican, has come under fire from conservatives for his chosen manner of handling the coronavirus. Texas Republicans didn’t take well to the governor shutting down businesses and implementing a statewide mask order. Moreover, Abbott’s moves to alter the state’s early voting dates resulted in a lawsuit. 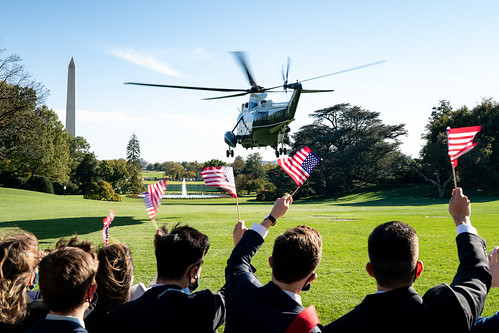 Early voting has officially begun in several states and turnout rates are making headlines. Texas, in particular, is being noticed as a place where Americans are coming out to make their voices heard ahead of time.

According to Fox News, just the first day of early voting in the Lone Star State generated significant levels of turnout.

What to Know About Early Voting in Texas

Tuesday, October 13 marked the very first day of early voting for Texans in the 2020 presidential election. Many of the largest Texas counties are seeing significant amounts of voter turnout as well.

Collectively, more than 1.1 million votes were cast in Texas thus far. Moreover, residents of the Lone Star State who have yet to partake in early voting will have until October 30 to do so.

Certain counties with majority leftist leaders are also seeing notable turnouts, such as Harris County. Democrats, of course, are praising this, going on the assumption that voters in leftist counties are casting their votes for Joe Biden. Ultimately, however, time will tell.

At this time, Texas retains its official classification as a “lean Republican” state. Not a single Democrat has won the Lone Star State in a general presidential election for decades upon decades. Texas Democrats are hoping to change that; however, Texas Republicans warn that the Democrat Party shouldn’t hold its breath on this one.

Right now, conservatives in the state are focused on both the general election and flipping certain areas like Dallas County red again. Conservatives in Texas are additionally knocking on doors, speaking with voters, and encouraging people to get out and vote.

Texas Victory is EVERYWHERE today! Whether it’s at the doors, the polls, or here @DallasGOP HQ! Republicans are energized and determined to take back Dallas County and #KeepTexasRED by re-electing @JohnCornyn and every Republican on the ballot! @TeamCornyn @TexasGOP pic.twitter.com/0UtRSbY0tF

What do you think about the extremely high voter turnout rates in Texas? Do you think Democrats stand a chance of turning the Lone Star State blue? Let us know down below in the comments section.