The 2020 presidential election has taken a negative turn for Bernie Sanders. Long gone is the supposedly “unstoppable” momentum that the socialist candidate gained after winning the Nevada caucus and New Hampshire primary.

The DNC took care of that really quickly by ensuring that Biden won virtually every state after and kicked off what’s left of his campaign with back-to-back deals behind the scenes. 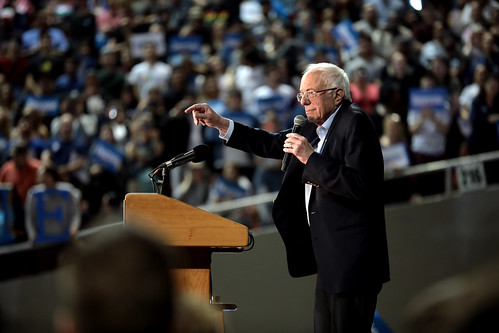 This past Tuesday, the socialist failed to win a single primary state, thus allowing Biden to further his momentum. As the former vice president continues to increase his delegate count and expand his lead, rumors about Sanders dropping out are mounting.

Yesterday, President Trump weighed in on the state of Sanders’ presidential campaign via Twitter.

Trump on the State of Sanders’ Campaign

In no uncertain terms, the president declared that the DNC has successfully taken down Sanders.

Trump also noted the establishment’s interest in playing nice with Sanders supporters, since his supporters are viewed as valuable to the Democrat Party. If the folks backing the socialist senator either stay home or vote against the party’s nominee, that only hurts the Democrats in their quest to beat Trump.

The DNC will have gotten their fondest wish and defeated Bernie Sanders, far ahead of schedule. Now they are doing everything possible to be nice to him in order to keep his supporters. Bernie has given up, just like he did last time. He will be dropping out soon! MAGA/KAG

Towards the end of his tweet, the president professed that Sanders has essentially given up on his own campaign. Trump followed up with the prediction of the socialist dropping out soon; the president’s latest take on the 2020 race comes as a Sanders aide admits that the 2020 Democrat is “reassessing” his campaign, following major losses on Tuesday.

Sanders can only chalk up so much of his increasingly failed candidacy to the Democrat establishment working behind the scenes; that’s certainly a factor, but not the only one. 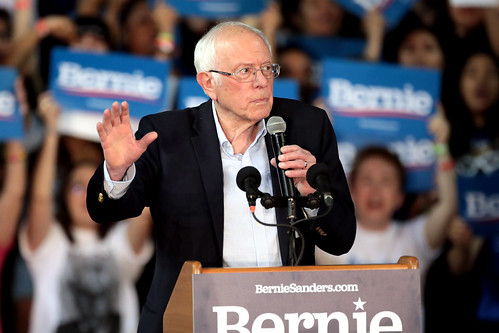 Sanders’ inability to go after Biden in the right ways is impactful. Since his time as a presidential candidate, the socialist has stated that he won’t attack Biden’s character, instead only mentioning differences in policy. Meanwhile, as Sanders plays nicely, the former vice president is accepting as much help as he can get behind the scenes.

Do you agree with President Trump’s prediction? How long do you think it’ll take for Bernie Sanders to suspend his presidential campaign? Let us know in the comments section below!