Trump, Biden Campaigns Duke it Out in Arizona

Arizona currently falls into the category of important battleground states in the 2020 presidential election. Despite the Grand Canyon State’s reputation as conservative-leaning, some analysts are speculating that it’s very much in play for the Democrats this election cycle. 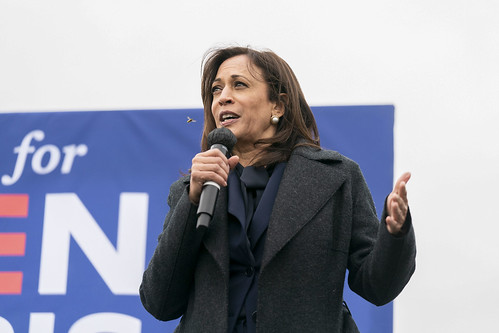 The final pitches made to Arizonians come as millions of Americans cast their votes in this year’s election; however, the messages of the Trump campaign and Biden campaign significantly varied from one another, per Washington Examiner.

The Final Battle in Arizona

The president spoke directly to supporters both times, noting what his re-election would entail for the nation. A return back to normal life is something the president promised, as are conservative policies that Americans have benefited from under the Trump administration.

Similarly to the president, Harris also later went to Maricopa County; this is a county that President Trump won in 2016 and one that the Democrats are hoping will go to Biden-Harris in 2020.

Getting Out the Vote

Getting out the vote in Arizona and other states across the nation is deeply paramount to the 2020 presidential election.

Right now, the Trump campaign remains confident that their base is more enthusiastic about him than Biden’s base is about Biden. Republicans and conservatives continue to note the difference in attendance for Trump events versus Biden events.

As the 45th president campaigns extensively across the nation, he’s urging Americans to cast their votes so that four more years can happen. Data about the election shows that tens of millions of Americans have already voted in this election; however, there are still five days remaining prior to November 3.

Have you cast your vote in the 2020 presidential election yet? Do you think the president’s base is likelier to show up for him than Biden’s base? We want to know your thoughts on the election in the comments section below!