As the general election heats up, various polls across the country are also shifting. For quite some time, the left eagerly drew attention to surveys that asserted Biden being ahead of President Trump.

While polls are far from the end-all and can certainly be manipulated, Democrats are becoming increasingly quiet about them. This is due to the fact that multiple polls are showing Trump either ahead of or tied with Joe Biden. 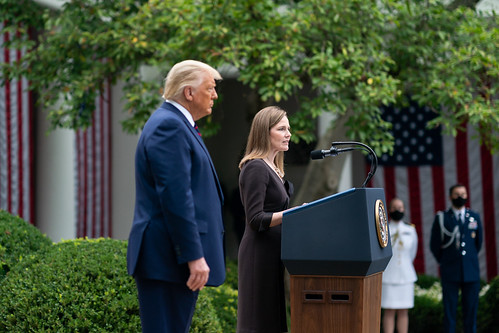 The Truth About the Latest North Carolina Poll

First and foremost, it’s important to note that President Trump won North Carolina in 2016; this, in and of itself, gives the incumbent candidate somewhat of an advantage. For now, however, both Trump and Biden are each coming in at 47% in the Old North State, per a University of Massachusetts Lowell poll.

A closer breakdown of the poll’s findings makes things even more interesting, though. When assessing support from Independent voters in North Carolina, Trump leads Biden by two points at 42%.

When eliminating third party prospects, Trump actually has a lead over Biden in North Carolina with 49% to Biden’s 48%. The liberal mainstream media has remained notably quiet about this poll’s findings and the president’s likelihood of winning the Old North State yet again.

The Factors in the 2020 Election

While many factors impact the trajectory of this year’s presidential election, the economy, coronavirus, the future of the Supreme Court, etc., are at the forefront.

Even after the hits which our nation’s economy suffered in the wake of COVID-19 shutdowns, some jobs have come back.

The SCOTUS issue is another critical matter. While President Trump has already nominated Amy Coney Barrett to serve on the Supreme Court, Biden and Harris refuse to clarify whether they support certain calls on the left to expand the Court.

Meanwhile, the nation is watching and Americans are making up their minds accordingly.

Do you think President Trump will manage to win North Carolina in the 2020 presidential election? Let us know in the comments section below!