Yesterday, more than one million Trump supporters gathered in Washington D.C. Dubbed as the “MAGA Million March,” the president’s fans convened as a means of showing their support for his re-election and fight against voter fraud.

The MAGA Million March consisted of over one million Trump supporters on Saturday. By 11:00 AM, the streets of D.C. already began to fill up; roads closed and there was no hope of getting by. Although the mainstream media largely declined to cover the extent of the MAGA Million March, it didn’t take time for photos and videos to make their way onto social media. 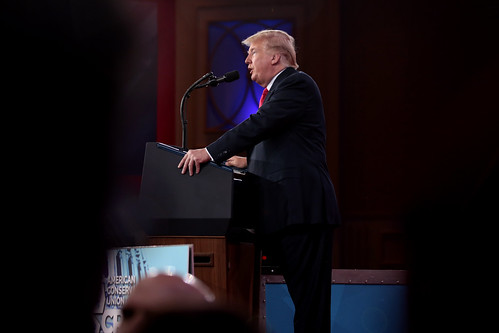 Prior to yesterday, the planned MAGA Million March already caught the attention of President Trump. The president informed via Twitter that he would possibly stop by the event; yesterday, Trump did just that, much to the thrill of his supporters, confirms Breitbart News.

The 45th president greeted his supporters in a motorcade that made its way down Pennsylvania Avenue. Trump supporters were seen on either side of the street and reacted enthusiastically when they realized Trump arrived.

As Trump waved and smiled at the over one million Americans who showed up for him yesterday, he got applause and cheers in response; some of the Trump supporters in D.C. yesterday even ran after the president’s motorcade while others waved their flags and additional pro-Trump signage.

After moving through Pennsylvania Avenue, Trump’s motorcade also went past the Freedom Plaza and Willard Hotel.

Needless to say, while Trump supporters remained peaceful and positive, the same cannot be said for left-wing protesters. As a matter of fact, following the massive turnout in D.C., videos of leftist agitators accosting Trump supporters quickly made their way online.

These are Joe Biden's supporters. pic.twitter.com/PUdjQiyDNz

Antifa, BLM, and other radical, militant groups tossed drinks on Trump supporters; they hit folks who attended the MAGA Million March and one video even showed militant leftists stomping on a Trump supporter’s head. Women and children were also subjected to violence from the leftists who despise the president and the country.

Many conservatives took to social media to note the differences in behavior between Trump supporters and left-wing demonstrators. While the former group remains peaceful, the latter does not. At no point did Trump supporters attack anyone, loot businesses, or otherwise cause destruction; militant left-wingers, however, did each and every one of these things with absolutely no remorse.

Are you glad that President Trump showed up at the MAGA Million March yesterday? Did you attend the event to show your support for the president? Let us know down below in the comments section.