Americans are now into the third day after the 2020 presidential election without any clear notion of who won the race.

The Trump campaign has spoken out against instances of voter fraud and election dishonesty happening in states like Pennsylvania, Nevada, and Georgia. Yesterday evening, Donald Trump Jr., Georgia Rep. Vernon Jones, Georgia Sen. Doug Collins, and others held a press conference with supporters behind them, discussing their fight against voter fraud. 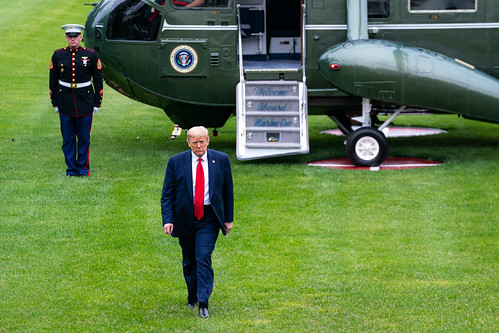 As this all plays out, Americans are becoming more and more suspicious of the narrative that states are “still counting” votes. Miraculously, these states that claim to still be in the process of counting are now claiming that they will need days longer and even into next week to completely tabulate ballots.

In the midst of all this, President Trump held a conference in the White House press room on Thursday evening, Breitbart News confirms.

During the president’s address to the press and the nation, he stated that significant amounts of litigation have yet to come. Trump noted that his team has substantial evidence of voter fraud, illegal dismissals of poll watchers, fraudulent ballots, and more.

After noting that the 2020 presidential election cannot and must not “be stolen,” the incumbent commander-in-chief then explained that the counting of lawful votes — and lawful votes only — is paramount; this is something that Republicans have maintained consistency towards.

President @realDonaldTrump: Democrats never believed they could win this election honestly, that's why they mailed out millions of unsolicited ballots without any verification measures pic.twitter.com/oOj0ZE9LC6

Citing mail-in ballots as full of “tremendous corruption and fraud,” the president stated that Democrats never believed in their ability to win a fair election; this arrived before Trump noted that the “voting apparatus” in states alleging to be “still counting” votes are conveniently operated by Democrats.

Last, but not least, the president vowed that he and his team will stop at nothing to ensure that the election is honest, fair, and with integrity.

Since the election’s descent into chaos, censorship of the president and his campaign has reached an unspeakable level. Twitter continues to slap warning labels on tweets shared by the president, his election team, and family; furthermore, when Trump addressed the nation last night, CBS, ABC, and a few other outlets actually stopped airing the briefing.

President @realDonaldTrump: Detroit and Philadelphia, two of the most politically corrupt place in America, cannot be responsible for deciding the outcome of this race pic.twitter.com/vjlFnZZnUy

Right now, there is so much more happening than what presently meets the eye. In the days to come, Americans should gear up for more interesting twists and turns.

Did you watch President Trump’s White House press conference last night? Do you believe states are “still counting” votes now three days after the election? Let us know down below in the comments section.