The relationship between the White House and Dr. Anthony Fauci has taken a nasty turn. Speculations of tension are not new; however, Fauci’s recent endorsement of Joe Biden’s approach towards COVID-19 truly took things to a new level.

Since Fauci publically praised the former vice president’s coronavirus approach during a Washington Post interview (and criticized President Trump’s), the White House has released a statement. 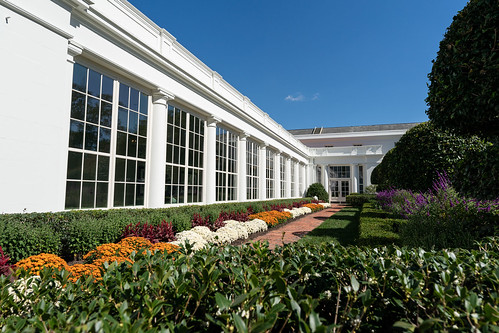 In this statement, the White House claimed that Fauci’s open rebuke of the president lacked appropriateness and constituted behavior that Americans would expect from the D.C. swamp.

For many months now, supporters of Trump have urged him to fire Fauci. The matter came up again yesterday while the president held a rally in Florida, according to Breitbart News.

The Push for Trump to Fire Fauci

Despite Fauci’s hiring to the coronavirus task force, he’s repeatedly made statements that cause large swaths of Americans to cringe.

One example arrived months ago, when Fauci suggested that folks ought to wear goggles to shield their eyes from COVID-19; the health “expert” furthermore has a pattern of flip-flopping on masks and, by his own admission, failing to consider the economic repercussions that stem from his advice.

President @realDonaldTrump: A vote for Biden is a vote for lockdowns, layoffs, and misery pic.twitter.com/pX1qVloECP

President Trump himself admits that Fauci has turned out to be “wrong on a lot.” Last night, when the crowd of pro-Trump Floridians chanted for the president to “fire Fauci,” Trump gave a very telling response.

The 45th president stated that he “[appreciates] the advice” before urging his supporters to let him make that call after November 3. Shortly thereafter came Trump’s reminder to the audience that Fauci once opposed the travel ban on China; this ban not only happened shortly after COVID-19, but also saved countless lives.

Yesterday, President Trump held a series of five different rallies. These rallies took place in Michigan, Iowa, North Carolina, Georgia, and Florida; each event attracted thousands of eager supporters, many of whom traveled to hear the president speak live.

President @realDonaldTrump: In 2016, #Georgia voted to fire this corrupt political establishment and you elected an outsider as president who is finally putting America First! pic.twitter.com/0tFydUHLh2

Today marks the final day before the 2020 presidential election. Many Americans have their thoughts and predictions on the election and its aftermath; however, supporters of President Trump believe that he will ultimately prevail and win a second term in the White House.

Do you believe President Trump should fire Fauci? What do you think about the entirety of the 2020 presidential election? Let us know in the comments section below!