Florida is playing a pretty important role in the 2020 presidential election. Both the Trump campaign and Biden campaign have heavily campaigned in the Sunshine State with the endgame of winning.

Governor Ron DeSantis (R) of Florida, however, had some bad news for Biden a few weeks ago. The Republican governor explained that Biden’s policies of shutting down the economy again and forcing business owners out of work would never fly in the Sunshine State. 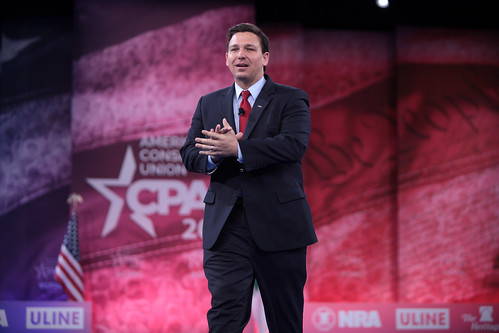 What to Know About Trump’s Lead in the Sunshine State

Florida’s latest 2020 election poll shows that Trump pulls in 46% support, while Biden comes in behind with only 43% support. The poll also surveyed Floridians between October 6 and 7, hence allowing for state residents to give their analysis following the first presidential debate and news that Trump tested positive for COVID-19.

At this point in the election, winning Florida is viewed as critical to four more years of Trump in office. Furthermore, the Sunshine State is now the president’s home state since he officially moved his residence away from New York.

TO MY FAVORITE PEOPLE IN THE WORLD! pic.twitter.com/38DbQtUxEu

Since Florida carries precisely 29 electoral votes, winning the Sunshine State will give the president more leeway in order states. This would explain why Joe Biden has put in so much work to win Florida; however, the words of Governor DeSantis appear to be accurate, as Sunshine State residents overwhelmingly throw their support behind Trump.

The Fight for Red States

The Biden campaign has worked overtime to dig into the president’s advantage in this election by targeting red states, such as Florida, Texas, and Georgia. However, Biden’s campaign is backing away from Texas due to its mightily conservative roots and high expenses to campaign in.

In Georgia, Biden’s campaign is targeting black voters with various ads. In these ads, the former vice president focuses on criminal justice reform and his selection of Kamala Harris as a running mate. Georgia is also a state that President Trump managed to win during the 2016 presidential election.

What do you think of the latest poll confirming Trump’s lead over Biden in Florida? Do you believe Biden has a chance of winning red states like Florida, Texas, Georgia, etc.? Let us know down below in the comments section.