Rallies are a consistent theme in President Trump’s campaigning for the White House. During the 2016 presidential election, Trump drew massive and energetic turnout at his rallies; four years later, and the story hasn’t changed.

Americans like Trump rallies because of the energy, positive enthusiasm, and the president’s way of engaging with the crowd. Yesterday evening, President Trump traveled to Macon, Georgia in order to rally with supporters in the Peach State, reports Breitbart News. 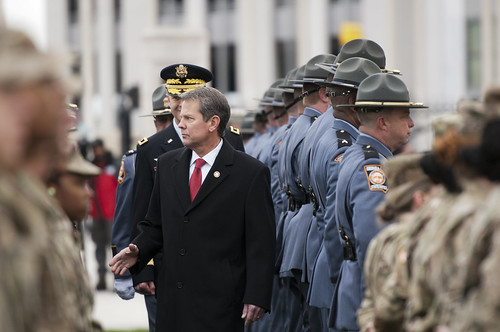 Before Trump arrived, Georgians were addressed by their Republican Governor Brian Kemp, Sen. David Perdue, and others. During the waiting period for Trump’s arrival, Georgia Republicans affirmed the importance of beating the radical left and not allowing Democrats to turn the Peach State (or the collective country) into another Venezuela.

When President Trump arrived for the main event, Georgia supporters hung onto his every word, making the rally a smashing success.

Reviewing the Trump Rally in Macon

President Trump came out to the Macon audience as Lee Greenwood’s “God Bless the USA” played. His supporters cheered him on, chanting for “Four More Years!”

In addition to calling out the biased liberal press, reiterating the good standing he has with the law enforcement community, etc., President Trump encouraged Georgia residents to vote, vote, vote.

The Truth About Georgia

Prior to Trump’s arrival in Macon, both Governor Kemp and Sen. Perdue questioned the polls which allege that Georgia is really in play for the Democrats.

Did you attend or stream President Trump’s rally in Macon, Georgia? Do you think the president will win the Peach State next month? Let us know down below in the comments section.