For a little under one week, riots across America have taken place in different cities. During these violent and perilous demonstrations, participants took it upon themselves to burn police cars and buildings, break into businesses, loot, and beat up innocent bystanders. 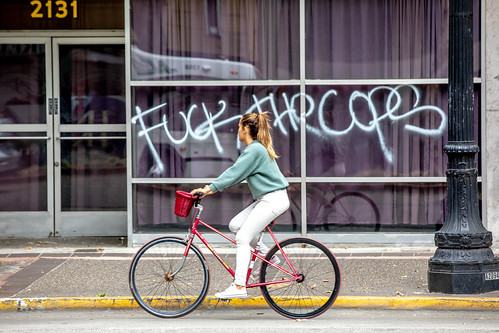 Obviously, none of this conduct is legal; however, there seems to be a complete lack of consequences for many individuals who have chosen to engage in this behavior. America remains united in acknowledging the wrongness of George Floyd’s murder; however, a tragic circumstance does not authorize people to behave dangerously, commit arson, and torch cities.

The absence of apparent consequences for rioters, looters, and arsonists is a matter that President Trump drew attention to on Sunday, documents Fox News.

Reviewing the President’s Calls for Law and Order in America

Yesterday, President Trump questioned why “arrests and “LONG TERM jail sentences” appear to have escaped individuals who looted and torched cities over the past several days.

This serves as a fair inquiry, especially in light of the plethora of footage and images of carnage in American cities. Even if law enforcement is not able to apprehend every single participant, they should be able to use evidence on social media to make some arrests.

SO TERRIBLE! Where are the arrests and LONG TERM jail sentences? https://t.co/MiT9DtAuVL

Trump additionally called for law and order as violent riots broke out in Pennsylvania and other areas in the states on Sunday. The president noted the importance of calling in the National Guard to avoid a repeat of destruction that has taken place since last Tuesday-Saturday nights.

Furthermore, Trump didn’t hesitate to point out the reality that so many of these riots are happening in cities with Democrat mayors and leaders.

Law & Order in Philadelphia, NOW! They are looting stores. Call in our great National Guard like they FINALLY did (thank you President Trump) last night in Minneapolis. Is this what voters want with Sleepy Joe? All Dems!

Do you believe that rioters, looters, and arsonists should be held legally accountable for their destruction of the United States? Let us know in the comments section below!