On Thursday morning, the field of Democrat candidates narrowed from three candidates down to two.

War veteran and congresswoman Tulsi Gabbard terminated her presidential campaign after a hard-fought run. Her campaign lasted a little over one year with the Hawaii representative first announcing her candidacy in January 2019. 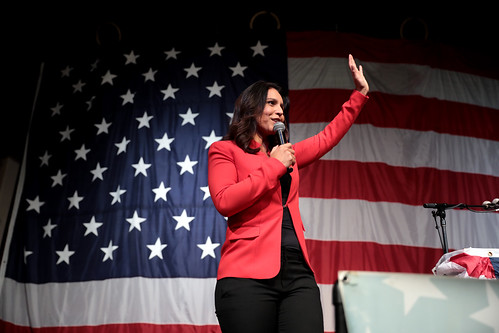 Throughout her time seeking the presidency, Gabbard spoke in favor of country over party interests and ending regime change wars along with interventionist foreign policy measures.

Ultimately, Gabbard wound up declaring the end of her candidacy in an email to her supporters and via her social media accounts.

Why is Gabbard No Longer Seeking the Presidency?

In her video address, the war veteran clearly articulated her reasons for ending her campaign. Gabbard cited both the coronavirus outbreak and the primary election outcomes of this past Tuesday. In her own words, Democrat primary voters have chosen Biden to “take on President Trump in the general election.”

Gabbard then offered her endorsement to Biden, claiming that she’s known him and his family (including his departed son Beau) for some time now. Furthermore, the congresswoman claimed that she believes Biden will unify the nation as president.

This assessment comes in spite of the former vice president’s increasing decline in cognitive functions; nevertheless, Biden responded to Gabbard’s endorsement by acknowledging her service to the country and expressing a willingness to work with her.

.@JoeBiden Thank you for the kind words. https://t.co/803YP6NFfC

A Review of Gabbard’s Run for the Nomination

Barring Biden and Sanders, Tulsi Gabbard managed to maintain her status as a presidential candidate longer than every other Democrat candidate. Gabbard also served as an outlier candidate, in many regards. She prided herself on not accepting money from special interest groups; moreover, she didn’t hesitate to call out issues with her own party when she felt it necessary. 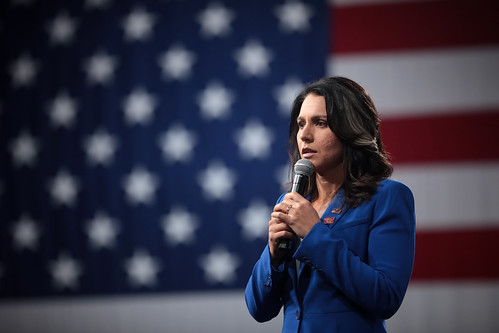 During her time as a 2020 hopeful, Gabbard also tangled with Hillary Clinton and the Democrat establishment. The congresswoman actually slammed Clinton with a lawsuit after the latter baselessly branded her as a “favorite of the Russians.”

Prior to the most recent Democrat debate, the DNC also changed their rules at the last second to block Gabbard from appearing on stage with Biden and Sanders; of course, their rule change occurred after the war veteran met their previously set requirements.

What do you make of Tulsi Gabbard’s exit from the 2020 presidential election? Do you believe Americans will see more of her in politics going forward? Sound off with your thoughts in the comments section below!