The questionable quality of Joe Biden’s health is something that many Americans are intrigued and even worried by.

Since the Democrat nominee’s time on the campaign trail, he’s made statements, blunders, and nervous ticks that are not indicative of the greatest mental health. Furthermore, Biden’s tendency to lose his train of thought while speaking, mumble, or even just freeze up are impossible to miss. 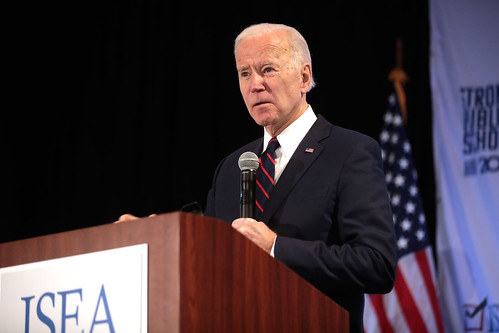 The former vice president’s campaign has worked overtime to counteract the damage from what many Americans are interpreting as an obvious decline.

Yesterday, Joe Biden himself held a press conference after nearly three months of campaigning from his Delaware basement. During this press conference, the Democrat nominee attempted to ease concerns about his cognitive health, explains Breitbart News.

Why Do Americans Have Concerns About Biden’s Candidacy?

People across the nation have not minced words when vocalizing their uncertainty about Biden as a presidential candidate. As a matter of fact, Fox News’ Doug McKelway specifically confronted the Democrat nominee during his press conference.

Vocalizing the situations of many Americans, the Fox reporter stated that he, as someone in his 60s, doesn’t have the memory or functions of his youth. McKelway then noted that the 77-year-old Biden has several years on him before asking if Biden has taken any cognitive decline tests.

Has Joe Biden taken a cognitive test? He just said he's been "tested" and is "constantly tested."

What were the results? Why is he getting constantly tested? 👀pic.twitter.com/MVdJ3V8ovp

The former vice president responded by laughing and beginning to call McKelway a “lying dog-face” before answering the question. According to Biden, he takes “constant” tests and looks forward to putting his “cognitive capability” up against President Trump’s.

Conservatives and others across the nation remain largely unconvinced about Biden’s cognitive capabilities, despite his claims yesterday. Certain members of the Trump campaign questioned why Biden takes “constant” tests for cognitive decline if there are no concerns about his health.

Other Americans raised inquiries about how the innate design of campaigning will impact Biden. However, public health professor Stuart Olshansky maintains that Biden’s participation in “a rigorous travel and meeting schedule” can serve as a de facto test of his cognitive health.

Folks, we’re just a few hours away from our end-of-quarter deadline, and we need your help to hit our goal. Every donation — big or small — goes a long way to helping us catch up to Donald Trump.

If you can, please chip in today: https://t.co/18tN9TNYtX

What is your assessment of Joe Biden’s cognitive health? Do you believe that he is truly all there? Let us know in the comments section below!