Detractors of President Trump continue to take aim at his words, tweets, manner of governing and response to COVID-19.

The loudest criticisms assert that Trump’s words and tweets are reckless and unpresidential. When going after Trump for his manner of governing, those who disagree with his policies don’t hold back; meanwhile, people who don’t approve of Trump’s way of handling coronavirus continue to make this known also. 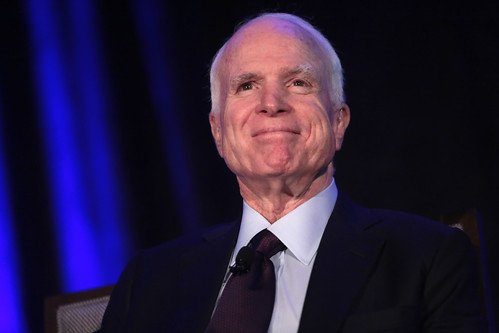 One of President Trump’s vocal detractors is a Republican and The View co-host Meghan McCain. The daughter of the late Sen. John McCain vocalized her thoughts on networks potentially not airing the president’s coronavirus task force briefings along with other matters, reports Breitbart News.

When speaking with other co-hosts of The View via livestream, McCain stated that networks should continue to air Trump’s coronavirus White House press briefings. According to McCain, she also has concerns about Trump weaponizing the coronavirus outbreak “for his own benefit.”

"My fear is that he’s going to play on the American public’s fears in a draconian way … where he uses this moment in time to play off our fears for his own benefit."@MeghanMcCain says "totalitarian" @realDonaldTrump might take advantage of the pandemic "for his own benefit." pic.twitter.com/8bSr2pmWnu

After slamming Trump’s White House adviser and son-in-law Jared Kushner as “inept,” McCain then stated that she wants a “front and center” look at what Trump is saying. The co-host also made sure to opine that Trump is a “totalitarian president” who may “play on the American public’s fears.”

The Truth About McCain’s Assertions

Due to the McCain family’s troubled relationship with the Trumps, Meghan McCain’s dislike for President Trump doesn’t come as a shock. However, it’s important to note that her claims about Trump are simply not true.

Despite what Never-Trump Republicans and leftists would like to believe, the president is not “playing on” fears of the American public. If anything, Trump has put out messages of hope while remaining as realistic as possible about coronavirus. If McCain truly has concerns about who is using Americans’ fear for their own gain, she should look no further than the mainstream media. 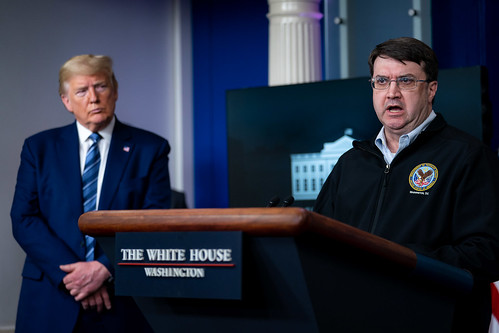 To date, the mainstream media continues to highlight virtually every negative update about COVID-19 while failing to be half as vocal about the nearly 290,000 recoveries from the virus.

What do you think of Meghan McCain’s assessment of President Trump? Is he this totalitarian president seeking to weaponize public fear for his own benefit? Let us know in the comments section below!