The time has come where Americans have begun to revolt against shutdowns. Enough is enough and so many people need to get back to their jobs and businesses. 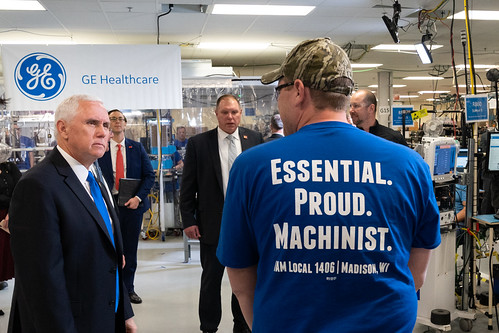 Pushback against shutdowns is happening in the forms of protests, lawsuits against governors’ Executive Orders, and certain law enforcement officers’ refusal to implement them.

Washington has remained under a stay home order since March 23, 2020.

Issues of contention with Inslee’s stay home order pertain to discrepancies in the treatment of businesses. As pointed out by Washington Sheriff Adam Fortney, the rights to keep and bear arms, peaceably assemble, attend church, etc. are constitutional rights. Sadly, these are rights that Gov. Inslee has chosen to trample on in the name of public health.

Americans’ inalienable rights and liberties do not end where a virus begins.

The Washington sheriff detailed his grievances with Inslee’s stay home order in a Facebook post; Fortney did not mince words either.

On Tuesday, the Washington sheriff pointed out that the state’s governor lacks a plan and real details. Attentional points of contention dealt with Inslee’s infringement upon constitutional rights, such as rights to peaceably assemble, bear arms, etc.

Later in his post, Sheriff Fortney criticized Gov. Inslee for “picking winners and losers” when dealing with businesses that are allowed to operate. Furthermore, the sheriff pointed out the many concerned Washington residents who have reached out to him regarding the legality of Inslee’s Executive Order.

Finally, the Washington sheriff noted that he and other elected sheriffs will decline to uphold the governor’s order.

Dissent and pushback against stay home orders will only increase as time goes on. Gov. Inslee is not the first one to face pushback from multiple levels and he won’t be the last. 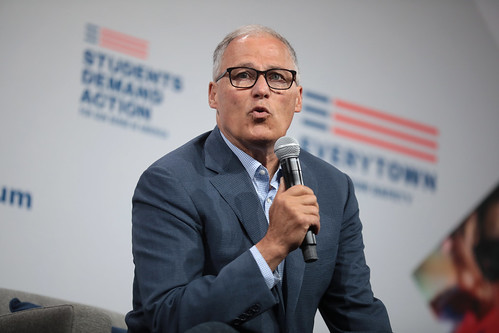 America is getting to a point where opening up the country is going to be inevitable. Either protests will continue happening, increasing amounts of law enforcement officers won’t enforce stay home orders, or both. Also, if governors continue down their current path of restrictive Executive Orders, they’re bound to be faced with more lawsuits.

One way or another, America is opening back up. How this happens will be greatly influenced by the moves that governors decide to make.

What do you think about the Washington state sheriff’s refusal to enforce Gov. Jay Inslee’s unconstitutional Executive Order? What do you make of the rising dissent against stay home mandates? Let us know in the comments section below!