As America’s economy gradually reopens, many folks in this country are eager to return to normal. Despite the gradual progression of the reopening process, it’s not mutually exclusive from party lines.

GOP governors in red states are the ones to begin re-engaging their economies and allowing states to get back to work. Look no further than Georgia, Texas, and Tennessee as prime examples. 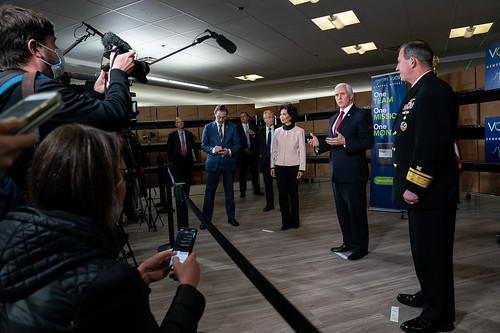 Meanwhile, Democrat governors in blue states like Michigan, New York, and California are all too thrilled to extend their stay home orders; this is also why Democrat governors are facing legal suits and seeing counties in their states reopen in spite of orders to shelter-in-place.

On Saturday, however, White House economic aide Kevin Hassett shared some positive updates. According to Breitbart News, Hassett maintains that most states in America will have open economies by the time May 2020 comes to its end.

Hassett on the Return of the U.S. Economy

When appearing on Fox News, Hassett noted the presently gradual return of the economy in different parts of America.

We have to safely reopen our great Country! pic.twitter.com/qVCHr8SBd0

The economic adviser then pointed out that gradual experience with reopening the country will add up later down the line with a surge of testing and access to medical supplies. Hassett pointed out these details before explaining that virtually all 50 states in America are likely to be up-and-running again before June.

Hassett’s prediction about the return of the U.S. economy comes along with rising social unrest over shutdowns and the now 30 million Americans who are without jobs. Protests across the nation continue to break out with countless people demanding to get back to their jobs, lives, and businesses.

What do you think about Kevin Hassett’s predictions about the reopening of states across America? Let us know in the comments section below!